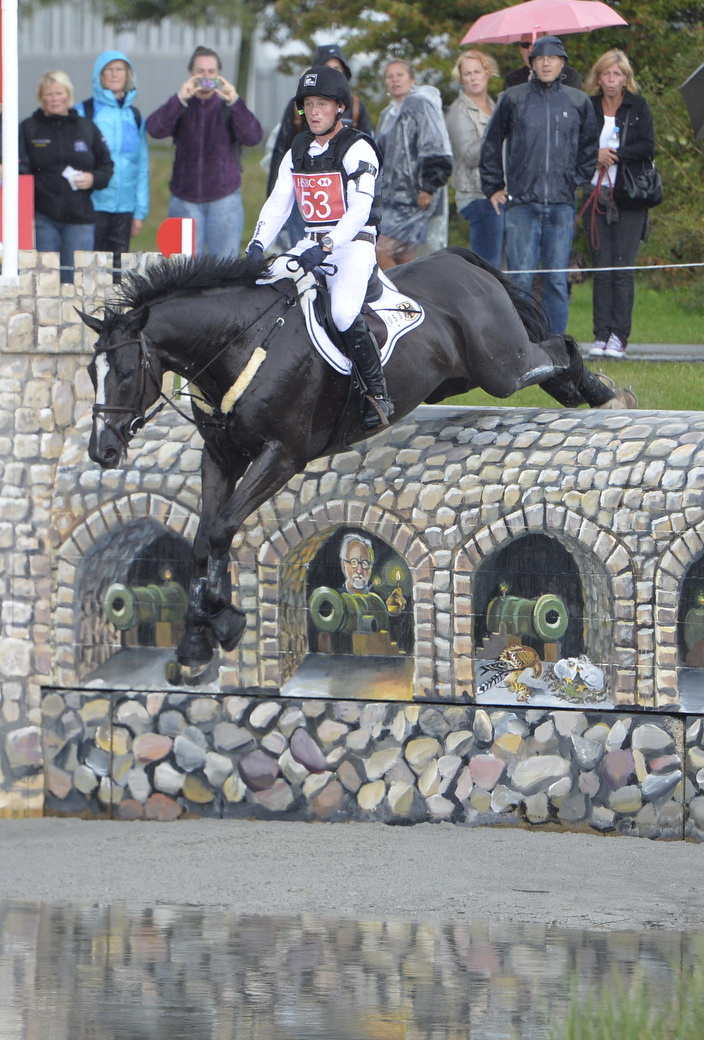 Riders from 15 nations – 11 with full teams – are making their way north to the first ever Longines FEI European Eventing Championships to be held in Scotland, at the fairytale venue of Blair Castle (GBR), historic seat of the Dukes of Atholl.

There they are assured of a traditional Scottish welcome at the beautiful white castle in the Highlands and a big, bold Cross Country course designed by the 1991 European champion, Ian Stark (GBR).

The scene is set for a thrilling competition. The German team, who have now arrived with their team trainer Christopher Bartle at his Yorkshire base, are clear favourites. They may not have won a European team title in Britain since 1959, but they have captured every team title going since 2011 and are the defending champions.

“We are going with a lot of confidence,” said Ingrid Klimke (GER), a team gold medallist and individual silver medallist at Malmö (SWE) in 2013. “Everyone says that it’s beautiful there – and very hilly! We have all been very careful to get our horses as fit as possible.”

Klimke, who will ride her Badminton runner-up Horseware Hale Bob, continued: “It is quite something that we have come so far as a team [reigning Olympic and World champions], but it is also even harder to stay there! You only have to look at some of the surprising results at Burghley to see that anything can happen.”

Her team mates will include Michael Jung, the defending European and also reigning Olympic champion, who comes fresh from his Burghley win and will be riding FischerTakinou at Blair, and the world champions Sandra Auffarth and Opgun Louvo.

Great Britain have not been beaten on home soil in a Europeans since 1962, and they will not be giving up without a fight. As host nation, they can run 12 riders, which gives chances to field both very experienced riders and those having their first taste of a senior championship.

This will be a 19th senior championship for William Fox-Pitt, who already has six European team golds to his name, plus three individual medals. He is likely to be team anchor, on his 2014 Kentucky (USA) winner Bay My Hero, and will be backed up by Nicola Wilson, who is well known for her brilliant pathfinding on Opposition Buzz. She will be riding the classy One Two Many at Blair.

Pippa Funnell (GBR), back-to-back European champion in 1999-2001, also has great team experience and is sure to be at her most competitive on her exciting young horse Sandman 7, winner of the Chatsworth CIC3* and seventh at Bramham CCI3* (GBR) this year.

In addition to the medals contest, a number of nations will be seeking qualification for the Olympic Games in Rio next year. Germany, Britain and the Netherlands, the gold, silver and bronze team medallists at last year’s Alltech FEI World Equestrian Games™ in Normandy (FRA), are already qualified, as are Ireland. However, France, who have yet to win a European team title, and Sweden, silver medallists in 2013, are among the countries that will be bidding for the two remaining places on the Rio 2016 start list still available to the European countries.

Blair Castle has played host to international horse trials since 1989, including Junior and Young Rider European Championships, but relatively few European Championship contenders will have ridden there before. They need to have prepared themselves for steep hills, and fences shaped like Scottish features such as haggises, bothies, stags’ antlers and lochans.

“I have tried to create a Cross Country course that reflects the heritage of Scotland and provides a true test of horsemanship,” said Course Designer Ian Stark, for whom it is a first championship track. “I have used the hills as sympathetically as possible. Riders who attack the course but who ride intelligently and conserve their horses’ energy for the later combinations should enjoy a thrilling ride.”

Follow all the action with live results on www.blair2015.com and coverage on FEI TV www.feitv.org.